Improvements but no upgrades coming for JTrader 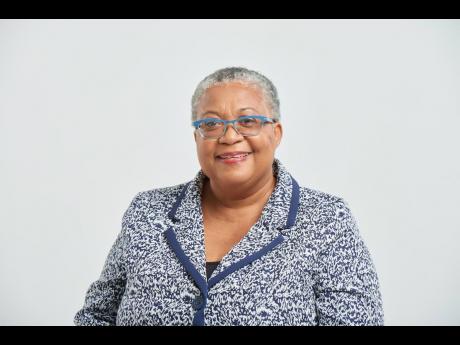 Days after online investors and traders took to Twitter to complain about a glitch that denied access to JTrader Pro, the Jamaica Stock Exchange says improvements are coming for the stock trading platform it first launched six years ago, but no...

Days after online investors and traders took to Twitter to complain about a glitch that denied access to JTrader Pro, the Jamaica Stock Exchange says improvements are coming for the stock trading platform it first launched six years ago, but no big upgrade is planned.

On June 15, online traders railed that JTrader “experiences a disruption every time there is a new listing”, denying them buy and sell opportunities as a result. This time, the glitch was said to have resulted from the surge in trading on the JSE junior market following the listing of microfinance company Dolla Financial Services Limited whose IPO was oversubscribed by approximately 950 per cent.

Investors also used the opportunity to call for an upgrade to the online platform.

But Managing Director of JSE Group Dr Marlene Street Forrest, while saying improvements are planned for JTrader, told the Financial Gleaner that the specific issue that caused the disruption of trades on June 15 did not necessitate an upgrade of the platform. She also said the assertions that there are continuous disruptions around the time of new listings are false.

Over the six years of its operation, JSE says the JTrader platform has been down less than one per cent of the time.

“Our checks reveal that there has been no downtime of JTrader due to a new listing. It is unfortunate that a technical issue occurred when Dolla Financial’s stock began to trade; however, the two are not related. This was a technical issue which impacted JTrader,” Street Forrest said.

“As with any system, periodically technical difficulties occur, and we assure our clients that we have in place the necessary contingencies to address any issues as they arise. Understandably, clients will be frustrated when there is any downtime, and again the JSE apologises for the inconvenience caused,” she added.

The JSE posted an advisory on social media last Wednesday apologising for the inconvenience caused after the complaints began flooding in, but followed up with a second advisory, roughly 90 minutes later, indicating that the issue was resolved.

Instead of the requested upgrade, Dr Street Forrest is promising the roll-out of new features next month in addition to redesigning the JTrader website later this year.

The new features to be implemented are: the unlocking accounts, which allow users to unlock their accounts without contacting the JSE; trade notifications, where investors will receive updates when orders are traded; price alerts for stocks; portfolio valuation for investors to view the performance of stocks owned; and an order management feature, which filter orders by specific accounts with a broker.

Other new features will include investors getting notices and updates about the platform, and a ‘manage funds’ feature which will allow investors to cancel ‘in/out’ requests for funds without contacting a broker.

Dolla Financial Services Limited became the 45th company listed on the junior market of the JSE last week, and the fourth new listing on the JSE year to date. The company’s IPO which closed on the first day of opening raised the targeted $500 million at $1 per share. However, Dolla Financial received orders from IPO investors amounting to $4.76 billion.

A total of 14,981 investors were apportioned shares in Dolla, representing the largest number of shareholders for a junior market company.

The stock has more than tripled in price since its listing, closing at $3.32 on Tuesday and valuing the company at $8.3 billion.

The JSE now has 99 companies listed across its platforms and 145 securities overall, inclusive of four IPOs this year. The market is capitalised at more than $2 trillion, of which the junior market accounts for about $200 billion. The four IPOs so far in 2022 have raised a total of $1.245 billion.