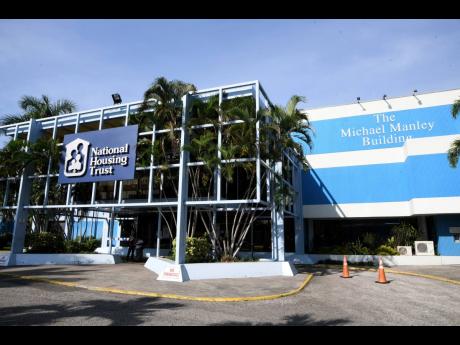 The continuing delay in bringing closure to proposed changes to tax laws and policies remains a source of irritation to the group that represents chartered accountants in Jamaica.

As a result, Allison Peart, president of the Institute of Chartered Accountants of Jamaica, ICAJ, is urging members not be caught up in government announcements of intentions, but to keep focused on the actual provisions of laws and on their implementation by tax authorities.

Peart has also updated ICAJ members on dialogue in which the association has opposed a proposal which, she said, emanated from the National Housing Trust, NHT, for the imposition of NHT contribution liabilities on dividends.

“Don’t just look at what the government says in the budget, monitor what is happening throughout the year,” Peart told ICAJ members during a taxation webinar on Wednesday.

Among the outstanding reform matters, Peart listed attempts to repeal and replace the Customs Act, which, she reminded, is a law dating back to 1941.

“Jamaica is actually known for having a really bad Customs Act. When I used to be a Canadian tax expert, it was kind of embarrassing, for the Jamaican Customs Act was always referred to as what you did not want to have. It was one of the worst in the world. So, thank you that it is being addressed,” said Peart.

“However, I have heard about this for so long. I have even met with the people who are making the changes, and it still hasn’t occurred. So, let’s pray that we get the Customs Act and that it is user-friendly. You shouldn’t need a PhD in taxation to understand it.”

She also urged accountants to monitor the reform processes involving the Income Tax Act and the General Consumption Tax Act, which, she pointed out, is modelled off similar Canadian legislation.

“Our Income Tax Act is ad hoc, and that is putting it mildly. I am not sure if our GCT is a consumption tax , a VAT (value added tax), or a hybrid of the two. I am a little confused. We make changes to it because of various interest groups, and it loses sight of the tax policy,” the ICAJ president suggested.

The chartered accountants are also wary of the Large-Scale Projects and Pioneers Act of 2014, which the ICAJ head noted was introduced to replace tax holidays with tax credits and was initially announced for amendment last year.

“They (the amendments) are still not here yet,” Peart declared, noting the most recent announcement that government intends to carry out this particular reform in the current fiscal year.

Peart said the change would be timely, given what she described as increasing business confidence and plans for large investments.

“We are going to watch to see how it works,” she cautioned, pointing out that while the finance minister had the prerogative to adjust incentives for large projects and pioneer industries, the precise definition of such projects and industries were yet to be seen.

Chartered accountants have also been urged to pay keen attention to proposals for the amalgamation of payroll deductions. In this context, the ICAJ president raised what she said were plans by the NHT to change the tax treatment of passive earnings, such as dividends on equity investments.

“The NHT said they were going to relook at it and they didn’t apply it for last year, which is when we file as at March this year. Some of our legislations have hanging definitions. The NHT Act has this hanging definition of earnings,” the ICAJ head opined.

She explained that the association’s objection to the NHT proposal was on the basis of the policy of the Trust speaking to NHT contributions being applied to gainful employment.

“The last time I checked, you could not be gainfully employed receiving dividends and (the NHT Act) also sets out what is subject to NHT. Dividends are not subject to NHT,” Peart asserted.

“However, the NHT has decided that earnings spoke to statutory income and therefore, everything that was statutory income was subject to NHT – an absolutely incorrect definition,” she said.

The housing agency’s interpretation, she added, would open the possibility for the imposition of NHT payroll taxes on non-residents.

“We need to be careful that the application of these laws makes sense, and that we ensure that we are not paying employment taxes on things that shouldn’t [attract them],” Peart said.