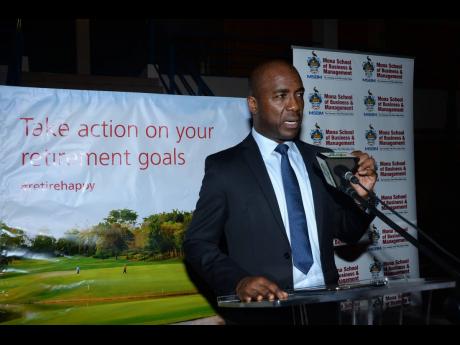 Adrian Stokes will remain in the financial sector following his exit from Scotia Group Jamaica, SGJ, a month from now, but the strategist is not saying what his next role would entail.

“It is a move I consider to be of long-term strategic value. I will remain in the financial industry,” he said.

In the past decade, Stokes has risen steadily within Scotia Group Jamaica. He joined wealth subsidiary Scotia Investments Jamaica Limited as vice-president in 2010, and was later assigned group roles, as well as responsibilities for the insurance operation, Scotia Jamaica Life Insurance Company, among other operations. His current title is senior vice-president and head of insurance and wealth for Scotia Group, a role that includes management of Scotia Investments.

“Adrian has had an outstanding career at Scotia Group,” said Audrey Tugwell-Henry, president and CEO of Scotia Group Jamaica Limited, in a statement confirming Stokes' departure. “He led significant strategic and operational changes in key business areas, including making marked improvements in the life insurance business and the re-establishment of our capital markets unit. We are grateful for his vision, passion and dedication over the past 12 years.”