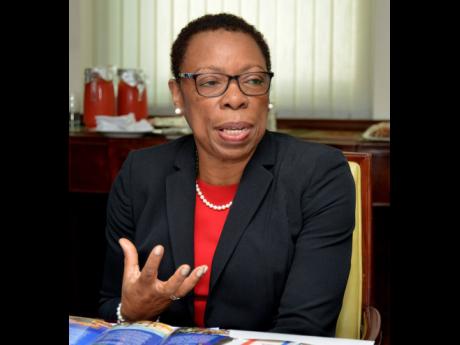 A mid the recovery of some jobs as the economy rebounds, consumer prices have been rising steadily, the most rapid pace so far occurring at the end of summer, which has served to push the headline inflation rate far beyond the target that Jamaica’s central bank is mandated to maintain.

In September, the Statistical Institute of Jamaica measured monthly inflation at 2.3 per cent, which pushed annual inflation to a seven-year high at 8.2 per cent.

The Bank of Jamaica already raised interest rates by a percentage point to 1.5 per cent on September 30, shifting off its record-low rate when the most recent annual inflation data was tracking at 6.1 per cen – then only 10 basis points outside the Bank of Jamaica’s 4 to 6 per cent inflation target range.

Now, consumer prices are 2.2 percentage points, or 220 basis points, outside the range, suggesting that the further rate hikes are possible if inflation isn’t tempered by the next meeting of the BOJ Monetary Policy Committee in December.

The statistical agency, which collects and measures economic, trade and population data, was not inclined to speculate on where consumer prices would trend.

“Statin does not forecast. The estimates are based on what actually happens in the field,” said Director General Carol Coy at her quarterly press briefing, held online. “We do not give an opinion on what will happen in the future,” she said.

Economist and member of the Department of Economics at the University of the West Indies, Mona, Dr Damien King, says the high inflation levels will not remain for long.

“September’s inflation figure was driven entirely by steep rises in agricultural products. That is a single episode that will not continue. Moreover, the central bank has already signalled that it intends to adhere to its mandate target range, and so will try to dampen inflationary trends. So, we can be confident about inflation in the long run,” King said, in response to Financial Gleaner queries.

Statin also released new jobs data on Wednesday showing a more than four-point reduction in the unemployment rate to 8.5 per cent as of July 2021, amid the addition or restoration of 93,400 jobs over the year. The labour force grew by more than 44,000 to nearly 1.33 million, while the employed labour force grew from 1.12 million to more than 1.21 million.

The new jobs data comes amid the 14.2 per cent economic growth achieved in the June quarter, due to a 12.7 per cent increase in output by goods-producing industries and 14.8 per cent in the services sector.

The services economy was the more devastated sector during the pandemic, due to the near-total lockdown of the travel and tourism markets in the early stages of the health crisis. Amid its recovery, the ‘hotels and restaurants’ segment increased output by 335 per cent, Statin reported.

Still, the overall 14.2 per cent expansion in GDP for the period was not enough to erase the 18 per cent contraction recorded in the comparative June 2020 quarter.

The gains in the June 2021 quarter were assisted by a relaxation of some measures imposed by the Government, as well as the activity surrounding flood relief and recovery.

The star performer during the pandemic has been the construction sector, with “all segment” experiencing growth, said Coy.

“The largest segment of construction however, was building construction; both residential and non-residential would have seen growth. If you look at all the indicators flowing into construction, you would see significant increases in raw material going in,” she said.

“These would have influenced its movement,” she said.

Notably, in the July 2021 labour force report, construction and real estate led in the creation of new jobs, adding 26,100 and 21,500, respectively, followed by the hospitality sector with 17,800.

Regarding international trade, total spending on imports and earnings from exports increased during the January-June 2021 period. Imports for the period rose 15.2 per cent to US$2.7 billion, mainly due to “higher imports of fuels and lubricants, up 46 per cent, and raw materials & intermediate goods, up some 19 per cent,” Statin said.

Total exports rose by 28.3 per cent to US$789 million, which Statin attributed to a 25 per cent spike in the manufacture segment, and 10 per cent in mining and quarrying.