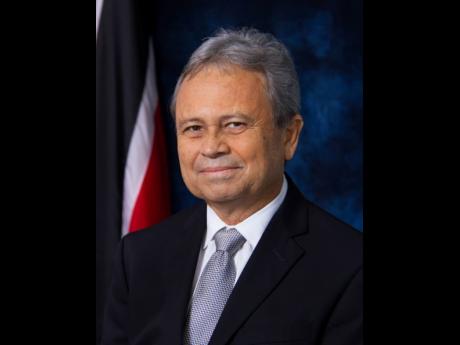 The Government of Trinidad...

The Government of Trinidad & Tobago is pursuing a plan to acquire banks throughout the Caribbean, through state-owned First Citizens Bank, FCB, and its parent First Citizens Group Financial Holding Company.

The state bank’s purchase last year of a five per cent stake in Jamaican stock brokerage firm Barita Investment Limited has been positioned by a leading government member as part of the acquisition strategy.

Speaking in the twin-island republic’s parliament on Wednesday, the country’s Minister of Finance Colm Imbert put up a stout defence of the FCB’s ambitious regional foray and its investment in Barita, through its wholly-owned subsidiary First Citizens Investment Services Limited, FCIS, which stood at 6.1 per cent of the firm just ahead of its APO in September.

The September APO raised $10.8 billion for Barita, on top of $13.5 billion previously raised by the company in 2020. The company has a market value of $116 billion, based on its trading price of $95 per share at mid-week.

First Citizens Group, which since Monday has replaced FCB in the listings on the Trinidad and Tobago Stock Exchange, is valued at TT$12.7 billion, the equivalent of $284 billion in Jamaican currency.

He added that: “The only way for our companies to grow is to diversify outside of the economy of Trinidad and Tobago. That is the future for our large companies. They must diversify. They must reach out into international markets. Republic Bank is in Ghana, for example, having acquired a significant bank in Ghana.”

The Trinidad & Tobago finance minister was responding to criticisms of the government’s economic stewardship of the country from members of the parliamentary opposition, and specifically to allegations levelled by Opposition Senate Minority Leader Wade Mark in his speech in the Upper House of the country’s parliament on Monday.

The opposition legislator called for “an immediate internal forensic audit” into the FCB-Barita relationship and with the state company’s ties to Barita’s parent, Cornerstone Financial Holdings, CFH. He also raised media reports that FCIS made an additional TT$1.96-million, or US$13.2-million, investment in Barita through shares bought in the most recent APO. FCB is also said to have made a loan of US$25 million to Cornerstone, even while the Trinidadian government is said to be divesting 10.87 million of FCB’s shares to raise TT$550 million (US$80.97 million) to fund its 2022 budget.

“It would appear that the shares of Cornerstone Financial Holdings Limited, currently held in Barita Investments Limited, may have been used as collateral to secure the US$25 million. Why did FCB choose to lend some US$25 million to an offshore company? The owners are not known,” Wade is reported to have said.

Cornerstone has said its owners, financiers and directors are established Caribbean business people.

At least one regional economist has flagged Trinidad as being next in a line of regional economies likely to default on payments to internal and external creditors, as key economic indicators show flawed economic policy actions, coupled with the effects of the COVID-19 pandemic.

Imbert did not address the issue of the purported FCB loan to Cornerstone but, instead, zeroed in on what he outlined as handsome financial returns on the initial Barita investment.

“FCB, in seeking to grow, diversity outside Trinidad and Tobago, purchased shares in Barita. The aggregate cost of shares purchased by FCB was a total of J$5.8 billion, or somewhere in the vicinity of TT$260 million,” said Finance Minister Imbert regarding the details of the dealings with the Jamaican company.

“Since acquiring these shares between 2019 and 2020 and so on, the value of that portfolio has grown from TT$260 million to TT$390 million. So, FCB has made a capital gain on its investment in Barita of TT$130 million over the last two years. And it gets dividend income of in excess of five per cent, which is one of the highest dividend rates in the Caribbean,” he said.

Imbert also gave kudos to the state corporation for what he suggested was shrewd investing.

“I want to congratulate FCB for its investment in Barita. I want to encourage FCB to continue to invest in the region, as I also do encourage all of our Caricom partners to invest in Trinidad & Tobago,” he said.

Vouching for the Barita’s business standing, Imbert said the Jamaican firm was “not a fly-by-night company”.

The government minister was also critical of past T&T political administrations, which he accused of having stirred up sentiments against that country in the Caribbean region, and particularly in Jamaica.

“We must not be so insular. If we cry down Trinidadian investment in Jamaica, it creates an anti-Trinidadian atmosphere, like a former prime minister, years ago, created such a bad relationship with Jamaica by saying Trinidad and Tobago is not the ATM of the Caribbean. So, if earning $130 million on a $260 million investment in two years is bad, I don’t know what is good,” Imbert referenced comments made by former prime minister and current Opposition Leader, Kamla Persad-Bissessar.