Scramble on for new fuel routes after Colonial Pipeline hack 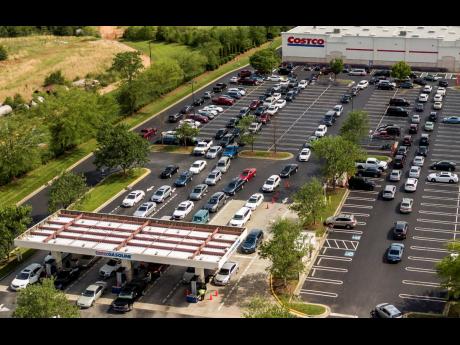 AP
Numerous vehicles line up for gasoline at Costco in Greensboro, North Carolina, on Tuesday, as the shutdown of Colonial Pipeline, a major fuel source, entered its fifth day.

State and federal officials are scrambling to find alternate routes to deliver gasoline in the southeast United States after a hack of the nation’s largest fuel pipeline led to panic-buying that contributed to more than 1,000 gas stations running out of fuel.

There is no gasoline shortage, but if the pipeline shutdown continues past the weekend, it could create broader fuel disruptions.

The Colonial Pipeline, which delivers about 45 per cent of what is consumed on the East Coast, was hit on Friday with a cyberattack by hackers who lock up computer systems and demand a ransom to release them. The attack raised concerns, once again, about the vulnerability of the nation’s critical infrastructure.

A large part of the pipeline resumed operations manually late Monday, and Colonial anticipates restarting most of its operations by the end of the week, US Energy Secretary Jennifer Granholm said.

However, the disruption is taking place at the time of year when Americans begin to become more mobile, especially as the nation emerges from the pandemic.

The AAA expects more than 37 million people to travel at least 50 miles from home during the Memorial Day weekend, up 60 per cent from last year, which was the lowest since AAA began keeping records in 2000.

Multiple US agencies are coordinating efforts to avert any potential shortage, should they arise.

The White House said Wednesday that the Department of Transportation is now allowing Alabama, Georgia, Kentucky, Louisiana, Maryland, Mississippi, New Jersey, North Carolina, Tennessee and Virginia to use interstate highways to transport overweight loads of gasoline and other fuels under existing disaster declarations.

The department’s Maritime Administration completed a review of potential actions available under the Jones Act, a US maritime law that requires shipments between US ports, including fuel, to be moved by American-flagged ships.

The Department of Homeland Security is prepared to review any temporary Jones Act waiver requests from companies if there is not sufficient capacity to get to regions suffering fuel shortages, said White House press secretary Jen Psaki on Wednesday.

The Colonial Pipeline carries jet fuel as well. American Airlines rerouted two long-haul flights from Charlotte, North Carolina, because of possible shortages. Passengers flying to Honolulu will have to change planes in Dallas, and those heading to London will stop in Boston to refuel.

Southwest and United flights carried extra fuel on flights to Nashville, Tennessee, Baltimore and some other airports in case jet fuel was unavailable at those airports. Normally airlines load only enough fuel for a single flight, because topping off adds to the plane’s weight and hurts mileage. Most planes can carry enough fuel for a round trip, but the extra fuel burn costs money.

The FBI assigned blame Monday in the Colonial attack to DarkSide, a criminal syndicate whose ransomware was used to snarl pipeline operations. The group’s members are Russian speakers, and the syndicate’s malware is coded not to attack networks using Russian-language keyboards. Russia has denied any involvement in the attack.