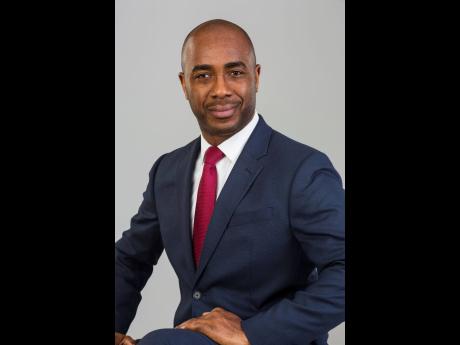 Dr Adrian Stokes, president of Scotia Jamaica Life Insurance Company, is expected to be ratified as the next head of the Insurance Association of Jamaica this week.

The insurance industry is undergoing a leadership change, the third within a year, even as it is reporting a raft of challenges, including declining capital ratios and increased vulnerability to financial risks, according to an assessment of the...

The insurance industry is undergoing a leadership change, the third within a year, even as it is reporting a raft of challenges, including declining capital ratios and increased vulnerability to financial risks, according to an assessment of the sector’s performance last year.

The deteriorating risk profile during the first year of the ongoing COVID-19 pandemic and the global economic contraction it has spawned, did not, however, affect asset growth or erode earnings and profitability, which stood firm at year ending December 2020 compared to 2019 levels.

President of the Scotia Jamaica Life Insurance Company, Dr Adrian Stokes, has been named acting president of the Insurance Association of Jamaica, IAJ, taking over the reins of the industry umbrella lobby group mere months into the presidency of Oliver Tomlinson, who was reassigned from his role as general manager of JN Life Insurance and named executive in charge of sales across the Jamaica National Group last December.

Stokes is expected to be ratified as IAJ president at a meeting set for Friday, April 23.

Tomlinson had in late 2020 succeeded Vernon James, the former CEO and managing director for NCB Insurance, who had only been elected shortly before at the IAJ annual general meeting in May of 2020.

James succeeded Peter Levy, the managing director of British Caribbean Insurance Company, who served as IAJ president from 2018 to 2020. James relinquished the IAJ leadership after his reassignment within the NCB Financial Group last July, after the operations of NCB Insurance were rolled into Guardian Life, under a restructuring programme by their parent NCB Financial.

Stokes, to whom IAJ Executive Director Orville Johnson referred a Financial Gleaner request for comment on the sector developments, was not immediately available to speak on the issue.

The new Financial Stability Report published by the Bank of Jamaica, BOJ, showed mixed performance for the insurance sector marked by heightened risks, many related to the pandemic, but with steady profitability, adequate though reduced capitalisation, and a near seven per cent one-year asset growth to $454 billion at September 2020.

On the downside, the industry’s susceptibility to a variety of risks would likely have concerned financial regulators. The sector is regulated by the Financial Services Commission, while the BOJ, with its mandate of overall financial sector stability, keeps close tabs on developments within the industry.

Overall stress test results for the insurance sector were said to have shown post-shock capital ratios being materially impacted, at times falling below the prescribed statutory benchmarks.

This was despite a general conclusion in the report that both the life and general insurance subsectors showed continued robustness to several hypothetical shocks, including those relating to liquidity. On the other hand, the industry was adjudged to have been vulnerable to even the least severe shocks due to higher net interest income losses by life insurance companies during the review period.

The MCCSR for the life subsector was said to have been above the prudential benchmark after hypothetical interest rates shock of 50 per cent, with more severe interest rate-shock scenarios sending capital falling below the regulatory minimum at 90.2 per cent.

The post-shock quarterly average MCT for the general insurance subsector registered at 255.1 per cent, which is above the prudential benchmark, but below the 310.2 per cent for the previous year.

The report noted that despite the adverse risk profiles, in reality the insurance sector’s capital adequacy and solvency remained at adequate levels.

All life insurance companies were said to have exceeded the MCCSR with the sector-wide ratio being 207.2 per cent. Most general insurance companies exceeded the MCT, which averaged 263.1 per cent for the subsector, but two companies were said to have failed to exceed the statutory-required capital adequacy level. The report did not state specifically whether the two met or fell below the capital adequacy ratio.

The general insurance sector was otherwise said to have seen a decline in the ratio of capital to total assets to 19.7 per cent at September 2020 from 23.6 per cent the year before.

Across the insurance industry, profit increased significantly during the year. Pre-tax earnings grew by 3.4 per cent to $34.6 billion as at September 2020, up from $33.6 billion in 2019, largely due to a near one-fifth growth in gross premiums. The 15 insurance companies also kept more of their assets in liquid or easily converted forms, a sign of the still-tight economic environment in which asset prices have been vulnerable to decline and cash is king.

The asset base of life insurance companies increased by 6.3 per cent to just under $360 billion, while general insurers grew assets by 8.2 per cent to $93.8 billion.

Life companies accounted for 79 per cent of industry assets, relative to nearly 80 per cent for the corresponding period in 2019. In that subsector, the two largest life insurance firms accounted for 82.5 per cent of the industry’s total assets at September last year. The two controlled 65.6 per cent at the same time the year before.