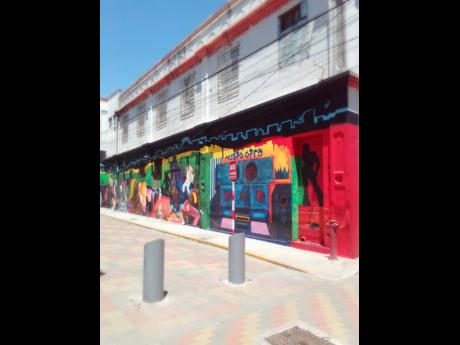 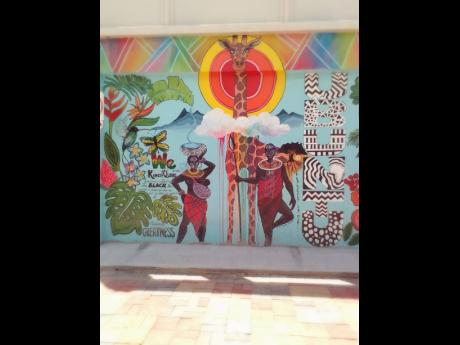 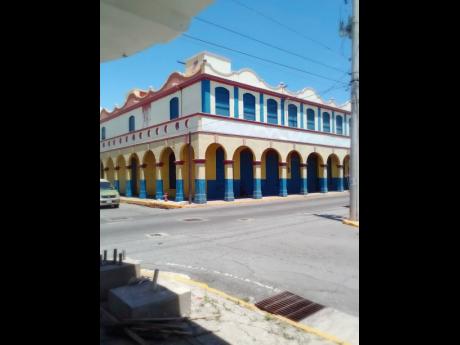 Paul H Williams
One of the old art deco buildings which is in a good condition in downtown Kingston. 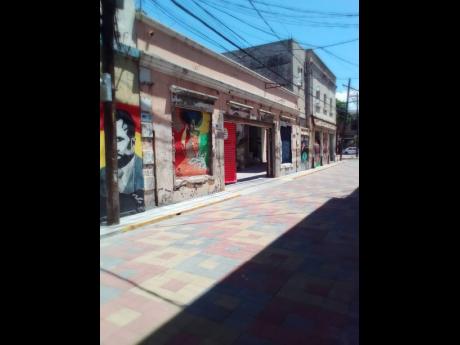 The 1692 earthquake was the beginning of the end of Port Royal as Jamaica’s most popular city. In a few seconds its glory days were over, and the place once known as the ‘wickedest city on Earth’ became a shadow of itself.

Across the harbour there was a swathe of land called Colonel Barry’s Hog Crawle, a piggery, to where some of the quake survivors fled. The place was covered with trees and grass pieces, some of which was cleared for settlement. In 1703, a great fire consumed what was left of the buildings in Port Royal. Colonel Barry’s Hog Crawle was once again a refuge, which was now marked off into streets and lanes.

That was the beginning of the establishment of the town of Kingston, which became a city in 1803, and the permanent capital of Jamaica in 1873. It merged with St Andrew in 1923 to become the Kingston and St Andrew Corporation. This urban space is an architectural mélange. Most of the old buildings in the downtown area are from the art décor era.

These structures have been decaying for quite a long while. Some have collapsed/crumbled. Others are collapsing/crumbling. There are unsightly shells, uncomely edifices, and unwelcoming façades. Apart from the high-rises near the waterfront, the buildings in downtown Kingston are really unsightly, not a sight for sore eyes. And, for years, concerned stakeholders have been tooting the horn for the redevelopment of downtown Kingston, but there seems to be much foot-dragging.

Kingston Creative (KC) is covering up some of the decay with sights, murals, for the sore eyes, under its transformative Paint the City programme. “The organisation’s goals are the development of an art district and creative hub in downtown Kingston to transform the ‘old city’ into a regional and international focal point for arts and culture,” revealed Andrea Dempster-Chung, the executive director of KC.

The programme started in 2018 behind Swiss Stores along Water Lane, between Church Street and Temple Lane. The project was funded by the Tourism Enhancement Fund in 2019 to create a “walkable cultural tour”. “The goal is to connect the iconic cultural spaces of the National Gallery of Art on Orange Street and the Institute of Jamaica and national museums on East Street,” Dempster-Chung said.

More murals will be established between King and Orange streets, and from Duke to East streets. The third phase of murals starts in the fourth quarter of this year and will commemorate Jamaican cultural icons in music, dance, literature, film, theatre and fashion. Paving, lighting, sidewalk rehabilitation, art, sculpture and other infrastructure are being implemented by the Duke Street Renewal Programme, Kingston Restoration Company and the Kingston and St Andrew Municipal Corporation.

Dempster-Chung described the artistic/cultural thrust as a “ground-up approach, in stark contrast to many of the top-down plans that have been proposed to redevelop Downtown”. “It is a process that starts with community sensitisation, identifying artists from the communities to be a part of the process and then enrolling partners from the public sector, private sector (businesses with a stake in downtown Kingston) and third-sector entities (foundations and NGOs). It is very important to have a broad base of support so that there is continuity and sustainability built in,” she explained.

This broad-base support is essential for such a far-reaching undertaking, as this requires much financing, thus the challenge of raising funds. “But we do have funders that see the long-term vision and the transformation that is possible for Downtown and we are really grateful for their support,” Dempster-Chung disclosed while revealing a list of sponsors. Also, getting all the players on the same page and pulling in the same direction takes time and much effort. Even the fragmentation of the physical space is a factor “with invisible garrison lines dividing it into 20 discrete communities”.

There are plans to expand the project, and embedded in this expansion is technology. The murals have an added Augmented Reality animation that use an app, Artivive, and a mobile device to deliver an enhanced experience to the visitor. A virtual reality tour (www.kingstoncreative.org/virtual-tour) has also been developed to allow remote visitors to the explore the Water Lane Artwalk destination and advertising the location.

The next phase is the development of a cultural app funded by the International Development Bank and the Development Bank of Jamaica and which allows for booking of tours, ecommerce for creatives and easy navigation of the district. “Technology is going to be a key tool in driving our natural talent forward and in growing the visitors to Downtown. This will all be important to have in place post-COVID to propel the creative economy forward and support a diverse economic recovery,” Dempster-Chung said.