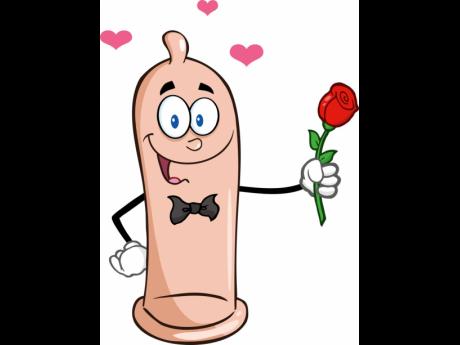 Safer Sex Week (SSW) was first observed in 1994 during the week of Valentine’s Day to heighten awareness for safer sexual practices. SSW is observed during this time because of the anticipated increase in sex love and the need to tie safer sexual messages during this time. These messages include a variety of condom-use messages as well as sticking to one faithful, uninfected partner.

Most STIs can be cured if treated early. Sometimes, you can have STIs with no signs or symptoms. At other times, the symptoms will go away without treatment but you still have the STIs and you must get treatment in order to get rid of the STIs.

Safer Sex Week also coincides with Condom Day, a global celebration promoting healthy sexual relationships on February 14. This year’s theme is, ‘Safe Sex Is Greater Sex’ and is being observed between February 7 and 14.

Sexual risk-taking is common among youth aged 15-24, who not only are engaging in multiple sex partnerships, but are less likely to consistently use condoms and other devices to protect against unwanted pregnancies and HIV and other STIs.

The HIV/STI/TB Unit in collaboration with the National Family Planning Board will be conducting various activities aimed at sensitising the population on safer sex practices. The discussion focus for activities at the national, parish and regional level will include a youth-centred session, ‘Talk Di Tings Dem’ live on Instagram on the Teen Hub page, today from 1 p.m. to 3 p.m.

“The aim of the week is to execute intervention that will educate and increase awareness on safe sexual practices. We are encouraging persons to enjoy sex but in a safer way,” said Dr Alicia Webster, clinical mentor at the HIV/STI/TB Unit at the Ministry of Health and Wellness.

“The 2017 Knowledge, Attitude and Behaviour Survey has indicated that sexual practices are low among the youths. We have seen an increase in sexual risky behaviour which has resulted in sexually transmitted infections among young people, below 25, including HIV,” she added.

Interventions at the national and parish level will also include town criers, specific booths in key areas to increase sexual awareness and knowledge on safe sex behaviour; different radio and television interviews and condom giveaways.

“We understand that Valentine’s Day is globally celebrated as a time of romance, and it is our responsibility to educate and inform the public on the importance of safe sexual practices and to reduce the number of cases of persons with sexually transmitted infections,” Webster said.

The 2017 Knowledge, Attitudes and Behaviour Survey shows 47.1 of males aged 15-24 surveyed reporting having multiple partners, compared to 14.9 per cent of females. This is a significant increase over 2012 when 31 per cent and five per cent, respectively, revealed they had multiple partners.

While 81.2 per cent of men in the same age cohort said they used a condom with those multiple partners during sex, only 30.0 per cent of their female counterparts sought to protect themselves. The figures point to a worrying trend as in 2012, 85.7 per cent of males and 50.0 per cent of females were using condoms with those partners.

The Ministry of Health is also encouraging persons to protect themselves and their loved ones by using a condom every time they have sex, as well as to get tested in order to know their status. Condoms provide 99 per cent protection from HIV and other sexually transmitted infections (STIs). STIs include genital herpes, genital warts, syphilis, chlamydia, human papillomavirus and hepatitis A, B, and C.

Approximately 30,000 Jamaicans are living with HIV; however, nearly 15 per cent of those infected do not know they are carrying the virus.

If you think you have an STI, please visit a healthcare provider. Most health centres, clinics, private doctors and hospitals treat STIs. No matter where you get treated, your condition will be kept confidential. Remember to follow your healthcare provider’s instructions carefully and do not share or take medication from other persons.

The following common symptoms may occur in infected men and women:

• A drip or unusual discharge from the sex organ.

• Sores, bumps or blisters on or near the sex organs anus or mouth.

• Burning pain when you urinate (pee) or have a bowel movement.

• A swelling or redness in your throat.

• Swelling in your groin, the area around your sex organs.

Additionally, women may have the following symptoms:

• Pain in the area between your belly bottom and sex organs.

• Burning or itching around your vagina.

• Pain deep inside the vagina when you have sex.